I WAS DORA SUAREZ Scared the Shit Out of Me

Death metal bands obsessed with all sorts of graphic brutality and yummy yummy coprophagia, shall start reading some of the books written by English author Derek Raymond. Maybe then, some eloquent germ will infest them and cause them to stop writing lyrics that come off like third rate Cannibal Corpse shit. 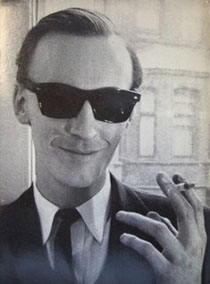 I recently started reading I Was Dora Suarez, Raymond’s fourth book in his Factory series, and was instantly taken aback by its explicit nature.  Raymond (whose real name was Robin Cook) slashes our gag reflex within the first few pages. The author goes to incredibly gruesome lengths by detailing the act of killing (and then shitting and masturbating with a bloody dick on top of the corpse) to such a detailed extent, even I –whom I consider to be an individual with a strong stomach-had to stop every few sentences just to catch my breath. And I am only about ten pages into the book. It is that fucking sick! Seriously, this guy makes Dennis Cooper look like Danielle Steel.
As a matter of fact, I Was Dora Suarez is such a morbid book I kind of feel bad just having it in my house. As I read it last night I thought of my three year old daughter and the idea that one day she will find it in my library and think that I am a fucking pervert really disturbed me. The only other book that has made me think this way was the anthology of the Answer Me! fanzine, which was so rampacked with hilarious shit that is wrong at so many levels I started feeling like a pervert.
Musically speaking there are only a couple of records that have made me feel this way. The first one being  Matando Gueros by Brujeria.  The cover is a real image and hence more gruesome than any graphic drawing, but that was not it, it was the lyrics which were in Spanish and hence, screamed in my ear in my native language, caused in me pure repulsion. Also, the vocals of Juan Brujo were not that distorted, they were rough and gruff, but you could easily understand all that’s being screamed. Which is not the same in English, a language that back then I could not understand in its musical context at all and hence, lyrically speaking, could not affect me.
I was already a metal fan, by then. And I never had a problem with the Carcass sleeves but Brujeria had gone too far. That night I told my brother to keep the record out of the room. Its vibes could infect me, I reasoned.

I have outgrowned those judgements by now. Mostly because as a metal fan I have been exposed to such atrocities it is really hard to be shocked anymore. That said, some stuff still does not appeal to me. Like most gore metal is pretty shitty (no pun intended), not only musically but also visually. I can always appreciate a good monster, blasphemy or an atrocious drawing but I think it’s reality that shocks me the most. Which brings me to the second record that made me feel sick. The name of the band escapes me and I am not about go on the hunt just so that you can witness this shit, but it is from a Finnish metal band and in its cover we can find two Japanese school girls, both of whom seem to have been forcefed shit. It looks real, maybe it is not. But who knows? And who digs that stuff anyway? 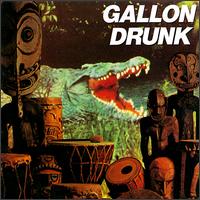 Needless to say, you do not have to be sick to enjoy having a quick peek into those perversions. As long as it is just a phase you are ok. Or at least that’s what I like to think. As a bored university student I indulged many afternoons visiting the once free pages of Consumption Junction. The mammoth size website for all things fucked up contained thousands of short videos that range from homemade porn to Taliban executions (Daniel Peart video included), self-mutilation and all kinds of deviant shit. It was there that I once saw a video of two naked Japanese girls puking on each other’s mouths. That proved to be too much. I could simply not take it and had to hit pause almost right away. Immediately after that my youthful fascination with fucked up shit started to fade.
Anyway, I got to I Was Dora Suarez just a couple of weeks ago. I was at work listening to music in my Ipod when a song by Gallon Drunk started playing. It sounded good. It sounded really good. I had never heard of this band and I do not recall downloading their music. I am pretty sure it came onto my hard drive one of those nights in which I mechanically download music I know nothing of. Sometimes I compare this process of downloading illegal music to the process of sleepwalking. I am not entirely aware that I am doing it but I sure as fuck am doing it. Anyway, I recommend Gallon Drunk to anyone who misses The Birthday Party. There is not only a sonic connection but leader James Johnston has been part of The Bad Seeds. After I listened to them at work I Googled them, landed on Wikipedia and found out that their music is inspired by this book.

This blog is started with the purpose of manifesting everything that cannot be rightfully manifested in Deaf Sparrow Zine. Rants, opinions, downloads, chronicles, old news, new news, unworthy news, press releases, bad prose, grotesque images and all sorts of bullshit will find their way through these virtual pages.

Promote Your Page Too

No Ads No Bullshit

Got the Shits Today 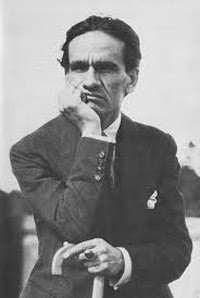